1 of 200 Grey Morgans in the World, Trooper is On His Way to the Top of Dressage 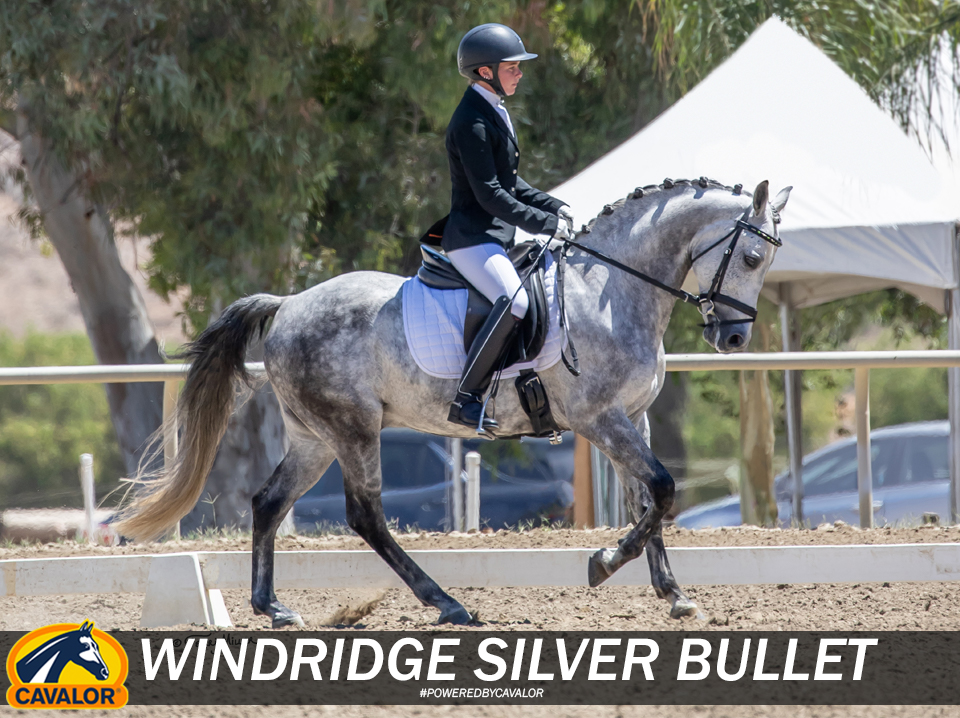 Carly first met Trooper when she was 19 spending her summer working for a Morgan breeding farm in Salmon, Idaho. Trooper was a weanling at the time, “but a very spunky and difficult one” Carly recalls. Trooper became Carly’s summer project, spending her time with extensive ground work and teaching Trooper to halter, lead and trailer. By the end of the summer, she was able to take him in-hand to their local county fair.

Carly left Trooper at the end of the summer, and was very sad to be leaving him behind after their weeks of working together.  A few months later, Carly received an unexpected but thrilling call that Trooper would be making his way to Massachusetts, Carly’s home state, and would be hers. Nancy Lischner, who bred Trooper, gave him to Carly as a gift after observing their bond over the summer months.

Carly took this young horse through all the paces herself: “I did everything with him. I started him myself, trained him up to first level dressage on my own before embarking on a cross-country adventure to San Diego where we had the opportunity to train with a few of the USA’s top Olympic Dressage riders.”

Back in Massachusetts, everyone told Carly to sell Trooper. They would say “he’s too small, he’s not fancy enough or competitive enough. But Trooper has shown me that he has more try than any of his German-bred competitors, and he for sure has more heart. Trooper is my best friend, and he’ll be with me till the day he dies.”

Apart from his budding talent as a competitive dressage horse, what also makes Trooper unique is that he’s one of only 200 grey Morgan horses in the world.

Carly feeds Trooper Cavalor’s Fiberforce. Having a somewhat sensitive digestive system, Trooper has excelled on Fiberforce which promotes good digestion through a low sugar formula. Carly supplements this with Cavalor’s Muscle Fit, which helps with muscle recovery for horses in intense work. “Trooper has been in professional training his entire life, and now that he’s working hard and competing in 3rd level dressage, Muscle Fit really helps him recover and stay in top shape!” Lastly, Carly loves Cavalor’s CoolSens liniment to assist with cooling Trooper down after a hard workout and prevent muscle soreness.

We look forward to watching Carly and Trooper continue to excel in the dressage world, and can’t wait to see where this Morgan goes next!

By JORDAN HILLIER|July 24th, 2020|Friday Spotlight|Comments Off on 1 of 200 Grey Morgans in the World, Trooper is On His Way to the Top of Dressage