“Quality is never an accident: it is always the result of intelligent effort” a wise person said. Riders who care about their horses know that when choosing Cavalor®, they make the best decision for their equine partners, be they Grand Prix champions or recreational riding mounts. 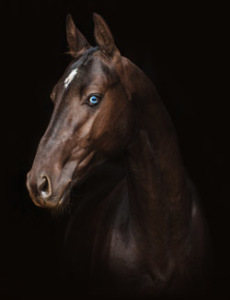 No matter how great or effective a company may think its products are, the true test is the marketplace. In the end, what matters is who uses your products, why they use them, what they say about them and what commitment they make to your brand.

Over the 25 years of its existence, Cavalor® has been able to attract the most prestigious and visible representatives of the equestrian disciplines. No other equine nutrition company in the world can claim to have won the simultaneous endorsement of so many top athletes worldwide. Cavalor® does so by offering a line of products that deliver what they promise and truly improve, in a mensurable way, the performance and well-being of horses while also providing quality standards unequaled anywhere in the world. It is a great testimonial to the Cavalor® brand that many of World and Olympic Champions and World Cup winners among other top riders rely on our products to compete at the highest level.

At Cavalor®, we look at the entire spectrum of needs and requirements of a horse’s life and we do our very best to address those needs in a way that will make both the horse and its owner and rider happy in the long run. Thousands and thousands of customers all over the world turn to us, year after year, because of this.

The horse we call Blue…

EXCERPT~ The Akhal-Teke (from Turkmen Ahalteke,

[ahalˈteke]) is a horse breed from Turkmenistan, where they are a national emblem. They have a reputation for speed and endurance, intelligence, and a distinctive metallic sheen. The shiny coat of palominos and buckskins led to their nickname “Golden Horses”. These horses are adapted to severe climatic conditions and are thought to be one of the oldest existing horse breeds. There are currently about 6,600 Akhal-Tekes in the world, mostly in Turkmenistan and Russia, although they are also found throughout Europe and North America. 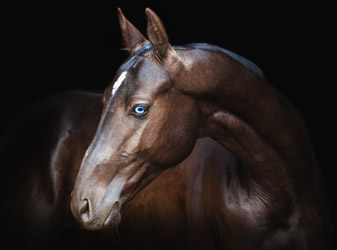 There are several theories regarding the original ancestry of the Akhal-Teke, some dating back thousands of years. The tribes of Turkmenistan selectively bred the horses, recording their pedigrees orally and using them for raiding. The breed was used in the losing fight against the Russian Empire, and was subsumed into the Empire along with its country. The Akhal-Teke has influenced many other breeds, including several Russian breeds. There has been extensive crossbreeding with the Thoroughbred to create a fast, long-distance racehorse and as a result all Akhal-Tekes have a Thoroughbred ancestor.  credit: WIKIPEDIA

The Akhal-Teke has a significant history in the sport world, well beyond it’s beginnings as a solder. It’s natural athleticism lends itself to Dressage, show jumping, eventing or endurance riding. We have asked them to leave the wild and be subject to our demands; therefore we should honor their sacrifice with same dedication to their care. For 25 years, Cavalor labored to honor this commitment by providing nutrition that is rooted in the diet of their ancestors.

By leaving the freedom of the wild, our equine partners endure the boredom of a walled pasture, remain loyal to a fault and expend immense efforts on our behalf, therefore we should FEED AS NATURE INTENDED.