Cavalor Gives Him Everything to Stay Happy, Healthy and Doing What He Loves at 18! 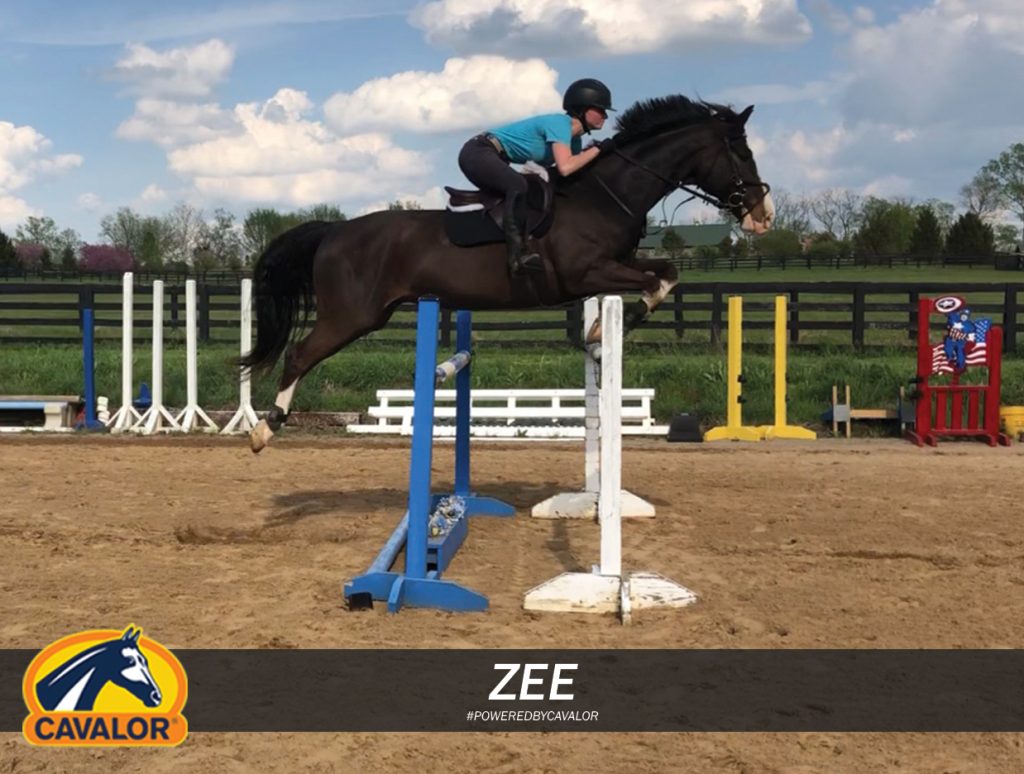 Stephanie describes Zee as “the most handsome man in the barn, who also runs the place!” Zee is easily persuaded with peppermints and treats, except when it comes to coming in from the field. A die-hard for cross country, Zee loves to jump. An experienced 18, he takes Stephanie over anything she places in front of him.

Stephanie met Zee two years ago after selling her hunter. Zee was stepping down from Intermediate Eventing, and needed another job. Stephanie was cautious making the leap from the hunters to eventing, but Zee gave her every bit of confidence they were a capable team. Through their first round in the jumper ring, the dressage ring, and then on cross country, Zee projected a “just hang on, I’ve got this” mentality that soothed all of Stephanie’s concerns. A fan of competitions himself, Zee and Stephanie continue to work hard with hopes of making it to the American Eventing Championships this year!

To keep Zee performing at the top of him game, Stephanie chose Cavalor. “Cavalor gives him everything he needs to stay happy and healthy and doing what he loves at 18. He doesn’t need a lot of supplements because it’s all included in the feed. My favorite thing is you can mix and match the feeds – if he needs a little boost before a show or event we can add SuperForce without worrying about a belly ache.”

Stephanie’s go-to Cavalor feed is Performix because of its versatility for all her horses. She’s also uses Cavalor’s supplement Powered Performance for her eventers to give them an extra boost for explosive efforts. Lastly, Star Shine to keep Zee’s coat looking shiny and show-ready year round!

We wish Stephanie and Zee the best of luck on their goals for this year!