You and your horse may have to travel, and transportation can have an affect on your horse’s body and performance. Find out how to proactively avoid potential issues following travel such as obstructive colic and shipping fever with 3 simple steps!

Practical Tips for a Fresh Horse on Arrival

It is no longer unusual to travel long distances with your horse to competitions. Besides the traditional method of road transport, air transport is being used increasingly to transport many horses to their destinations. Common problems associated with transport include dehydration, obstructive colic and shipping fever. A sound plan of action for feeding and watering before, during and after transport can help reduce the risk of stress and health problems. This article reviews a number of nutrition-related topics with the aim of making the journey as pleasant as possible for your horse.

What is long-distance transport and how does it affect a horse?

Long-distance transport is defined by law as a period of transport exceeding 8 hours for international travel or 12 hours for domestic journeys. In Europe, this would mostly pertain to international travel but in North America, this could be national travel as well.
Research has shown that long-distance transport can have a significant impact on a horse’s physiology. For example, its heart rate rises, the microflora in its digestive tract undergo changes and the animal runs the risk of becoming dehydrated. This is because horses drink (and eat) less during travel than they do under normal conditions. After a 24-hour journey, a horse may have lost up to five percent of its body weight in water. Five percent may not sound like a lot but for an 1,100 lb horse that’s as much as 55 lbs. This loss can be significant, especially when traveling in warm and humid conditions, when horses sweat more. As a result of dehydration, there is a risk of the intestinal contents drying out, which may lead to obstructive colic.
Horse transport entails a degree of stress. The effects can be seen in the blood, in the form of an increase in levels of the stress hormone cortisol. A rise in cortisol decreases the horse’s immunity, making it more susceptible to infection.

One condition commonly seen in horses during transport is shipping fever or pleuropneumonia, a bacterial infection of the lungs and pleural cavity (see Table 1). Because horses are often tied tightly during transport and are unable to put their heads down, bacteria in the respiratory tract are not cleared away naturally by gravity.


Table 1. How can you tell if your horse has shipping fever?

Transport is tiring for horses, and drains their energy. Standing for eight hours in a moving vehicle uses around the same amount of energy as eight hours of walking (see Figure 1), so always include some rest in your schedule after traveling a long distance. 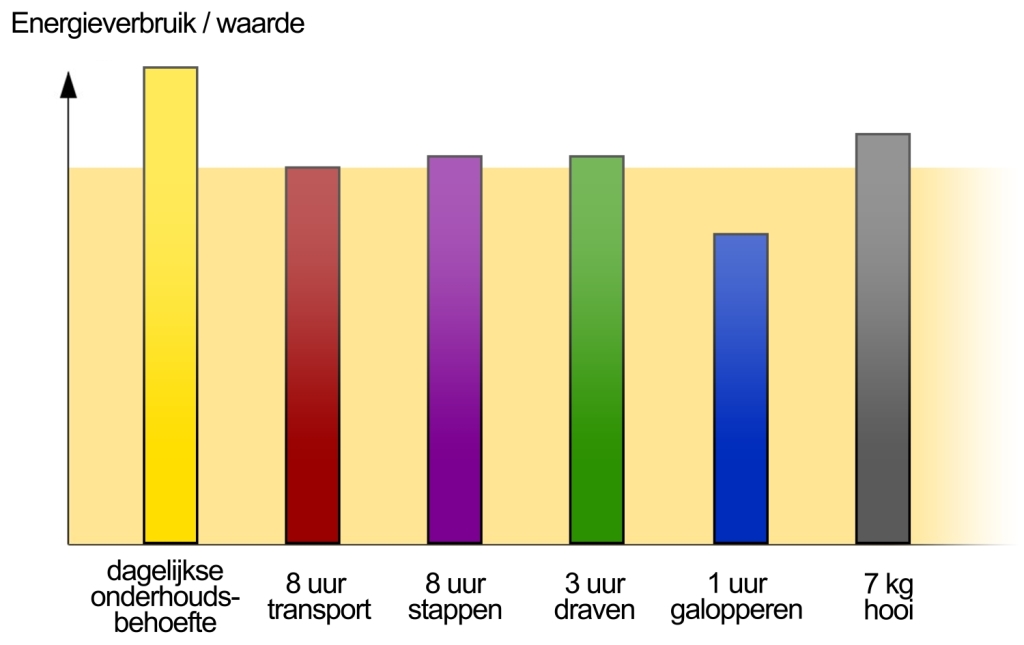 Figure 1. Energy consumption after 8 hours of transport compared with the daily energy maintenance requirement for a 500 kg horse, different workloads, and roughage intake.

What about short-distance transport?

The effects described above are less common in this case, but can still occur. Always bear in mind that traveling, even during short distances, can tire your horse (see Figure 2), so avoid scheduling any intensive training or competition immediately after arrival. Allow your horse some time to rest first.

Figure 2. Energy consumption after 2 hours of transport compared with the daily energy requirement for a 1,100 lb horse, different workloads, and roughage intake.

What can I do as a horse owner or groom?

Ensuring adequate water intake is very important during transport. Allow your horse to drink sufficient water before departure and offer water during rest breaks. It is a legal requirement to break the journey at least every eight hours (including at night) in order to feed and water the horses. However, some horses will refuse drink breaks, perhaps because the water the unfamiliar locations tastes different. It is therefore advisable to take sufficient water with you every time you travel. Bear in mind that water can sometimes take on a different taste depending on the container it is kept in. In this case, one solution is to add a flavoring (e.g. apple juice) to the water in order to mask the taste and encourage drinking. Give the horse a good week to two weeks before travel to get used to this.

Feeding during transport is a good way to combat stress. Roughage in particular will help to keep the horse occupied while promoting healthy intestinal function. Suitable options are moist hay or haylage, which not only boost the horse’s water intake but also contain less dust. A hay net can be used to slow down the rate of consumption. Don’t hang the hay net too high or too low, to avoid the horse getting tangled up in the net or having to stretch its neck out too far to reach it.

Horses generally eat less during transport but they still use a significant amount of energy. For that reason, horses should not be transported for no more than 24 hours at a time (including breaks for feeding and watering) and must be rested for at least 24 hours afterwards. If you like, you can stimulate the horse’s appetite by offering, say, a tasty soaked feed or mash. This will also have the benefit of increasing its water intake.

To avoid conditions such as shipping fever, it is important to allow the horse to put its head down during transport. Because it is often not possible (for practical reasons) to loosely transport horses, it is advisable to tie a fairly long rope to allow for head movement. If you offer the horse hay and water during a rest break, it is best to do so from ground level so that the horse is encouraged to lower its head.

To sum it up… before, during and after transport:

Thorough preparation is essential if you are to avoid surprises later on. Always begin the necessary preparations a week or two before you travel to allow your horse to get used to the mash, moist hay or flavoring in the water. After all, sudden changes in the feeding program can lead to colic.

Always make sure you have enough feed and water with you for the whole journey. Consider adding on a little extra feed and water to cover the possibility of getting stuck in a traffic jam or breaking down en route.

Make regular stops during the journey and give your horse a chance to eat and drink. For the first few days after transport, bear in mind that the horse may still be tired and its immunity will be lower than usual. After arrival, therefore, it is important to minimize direct contact with other horses, as well as indirect contact via shared drinking troughs and buckets.

Having said that, we hope you have a very pleasant journey!

Friend (2001). A review of recent research on the transportation of horses. Journal of Animal Science 79, E32-E40.