Bonaducci, known in the barn as Danny, is a 7-year-old Oldenburg gelding ready to make his mark in the hunter ring! 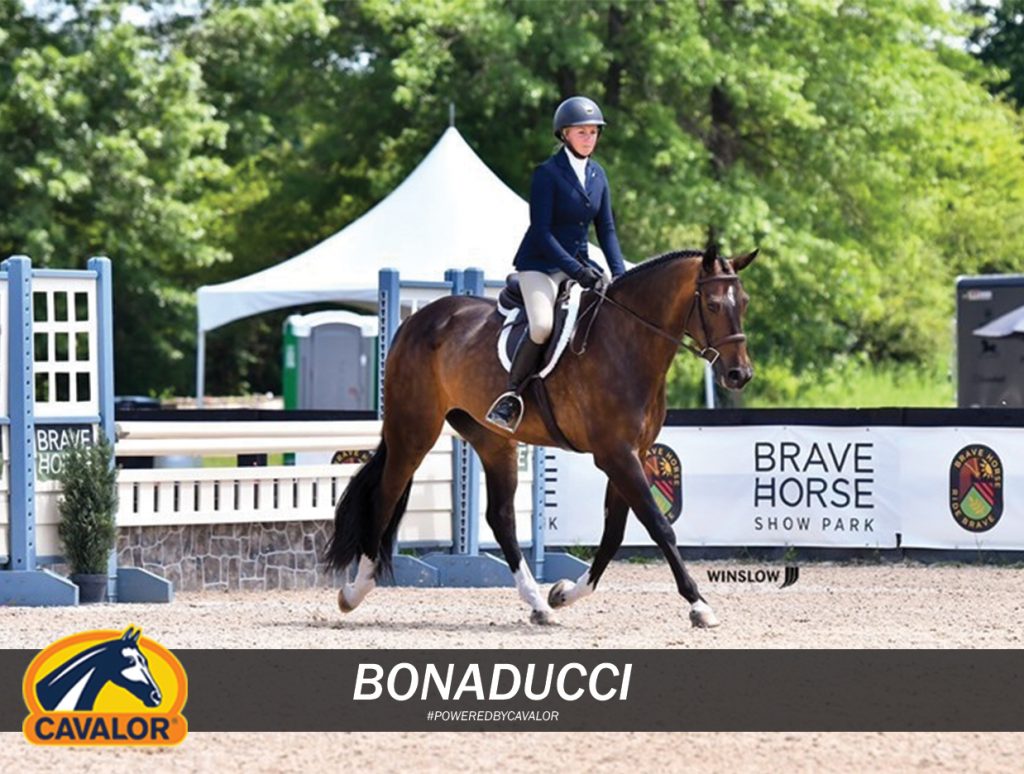 Jessica, who owns and pilots Danny, bred him herself, “I bred my heart horse to Bon Balou, a Balou du Rouet son in Canada, and have been with [Danny] every step of the way – from when he hit the ground to his pre-green debut!”

Apart from enjoying dressing up for Halloween and the occasional banana, Danny is special to Jessica because of his direct resemblance to his mother, who was Jessica’s heart horse. He also loves to horse show, and has a knack for escaping out of his stall to visit with his friends along the aisle.

Jessica feeds Danny Cavalor because as she shares, “we were having trouble keeping weight on Danny and a friend of mine had bought a new horse and used Cavalor feed so we thought we would give it a try. He’s a picky eater but loves to eat so when he cleaned his feed tub we knew we had a winner.”

Jessica’s go to for Danny is Cavalor’s Pianissimo, which helps keep his coat soft and shiny and gives Jessica one less thing to worry about!

We hope to see Jessica and Danny strutting through the hunter ring sometime soon, and are proud to fuel this team!