From a Kill Pen, Starved in Louisiana, Milly has Blossomed into a Beautiful Young Horse

This is a #TransformationTuesday for our Friday Spotlight on a special mare named Milly whose life changed course when Megan Kelley found her. 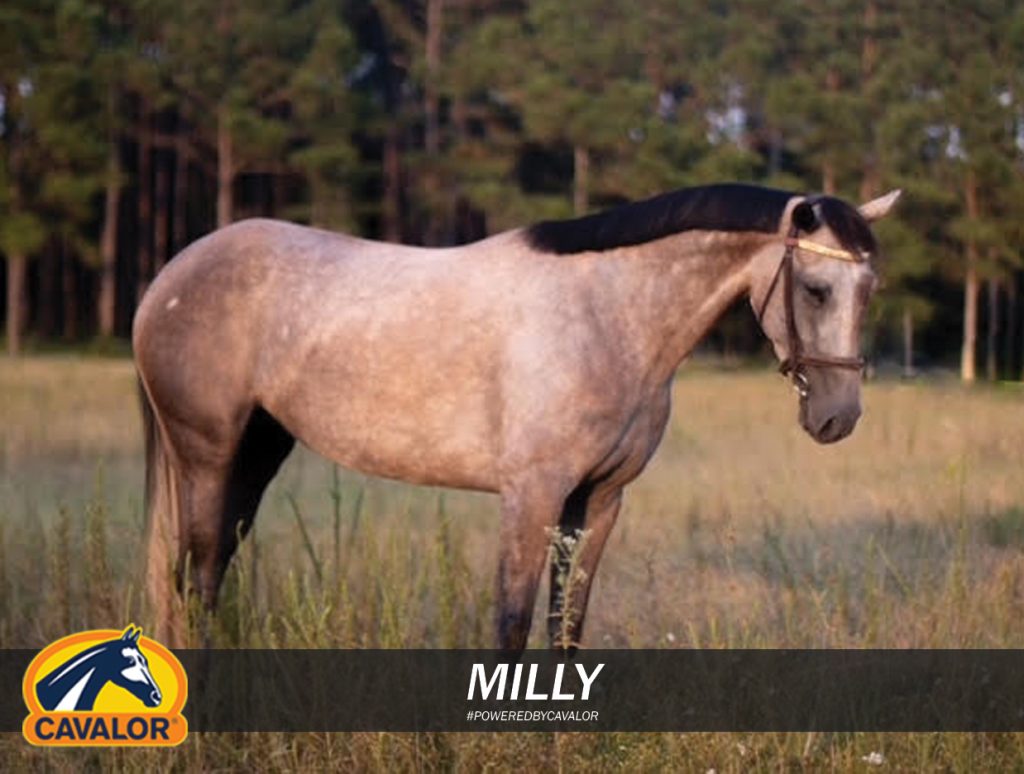 Milly, a youngster of only 2 (turning 3 in March), is a TB/WB cross who was rescued from a kill pen in Louisiana in March of 2019. When Megan found her, she was an untouched yearling, just shy of 400 lbs. A small 13hh, Milly was covered in deep cuts and didn’t have much longer in her current state. 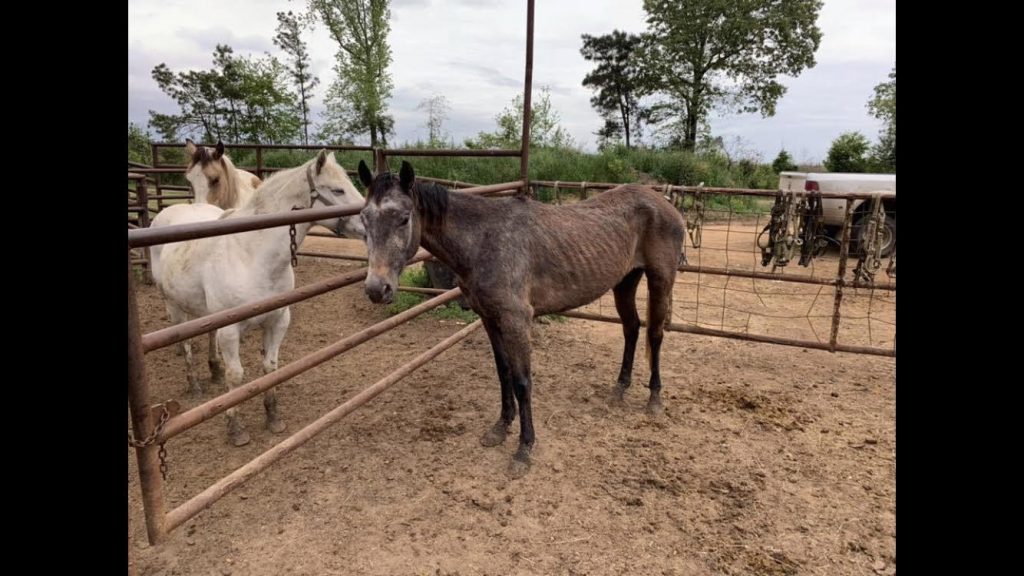 After an 11-hour trailer ride, Milly practically fell out of the trailer from exhaustion after arriving at her new home. “The first week was incredibly tough on her,” Megan recalls, “she spent most of her time laying down in the stall and struggled to stand or eat for more than a few hours.” Based on her behavior, Megan guessed that she had never been given grain of any kind. Weeks two and three of owning Milly were spent slowly introducing her to grass and 10-minute walks on the lead line. At the end of week three, Milly was introduced to turnout, which was faced with its own challenges. After a month or so in Megan’s care, Milly was introduced to Megan’s gelding Churchill, who became Milly’s confidant and immensely helped her growth both physically and mentally.

“From there on out, its been an uphill journey for her! She is now 2, turning 3 in March, stands at a bulky 14.3hh, has been introduced to the bridle and surcingle and has even placed 1st in both of her very first shows! I’m more than excited for this little horses future and can’t wait to see where she goes!”

Megan has fed Churchill, her competition horse, Cavalor for years, “he [looks] amazing on it! I love seeing what’s in my horses’ food and love seeing the horses enjoying it!” Because of the strong nutrient base on Cavalor’s feed, Megan was able to feed Milly small amounts while ensuring her nutrition was not being sacrificed by the portion size. “Being able to feed Cavalor to Milly in smaller portions really helped her come back from being starved to looking like a million dollars!”
Megan feeds a plethora of Cavalor feeds to her horses with Churchill getting Endurix and Performix and Milly eating Juniorix and Strucomix Original. Juniorix gives yearlings a head start on healthy growth, and is designed for horses one to three years old. It supports steady and healthy growth by providing a balance in protein, energy and minerals. Ideal for many young horses, but especially those who had similar experiences as Milly.
We’re thrilled Milly was given a second chance and Cavalor was able to play a role in her recovery and growth into a beautiful young horse!
By JORDAN HILLIER|January 22nd, 2021|Friday Spotlight|Comments Off on From a Kill Pen, Starved in Louisiana, Milly has Blossomed into a Beautiful Young Horse