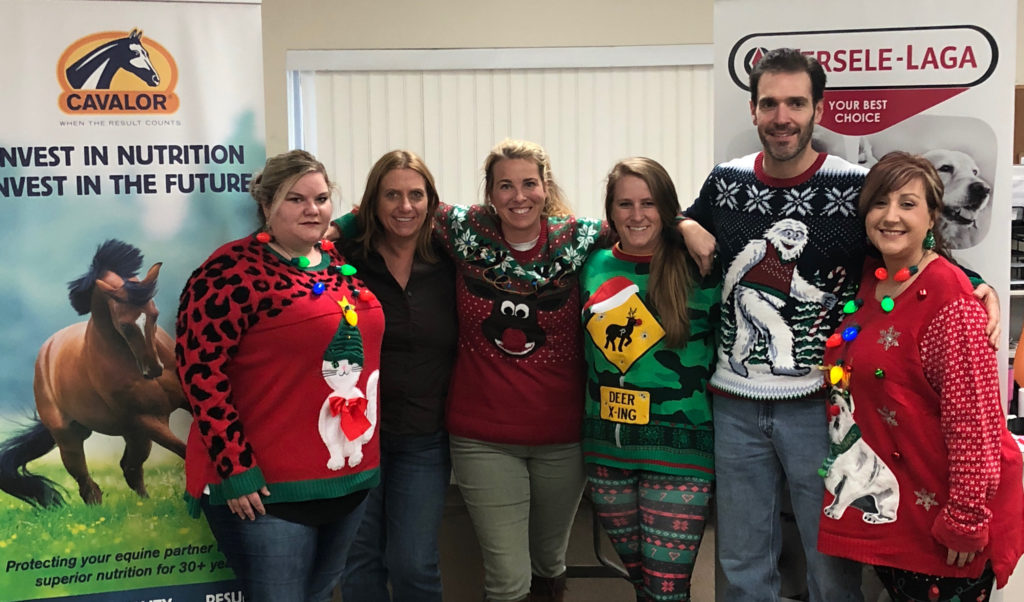 Mike McCulloch – General Manager – Mike has been with Cavalor North America for five years, nine months. Building and creating has always been a part of his life. His grandfather was a builder and some of his earliest memories are creating a mess on a brand new subfloor, trying to hammer nails straight. His family also moved every 4-5 years, each time building a new house. The constant moving influenced him to embrace change and to experience the reward of seeing something created. This is why he works for Cavalor North America | Versele-Laga. Our given task is to introduce the Cavalor brand within the US market and build a production platform and supporting operations. Each year of growth creates new opportunities and problems to solve… new things to build!

Mike grew up as a recreational rider and enjoyed the challenge of helping raise several colts before the age of 10. These experiences are some of his fondest memories as a child. He stepped away from horses when he left for college and didn’t rejoin the horse world until his daughter took up riding at the age of 7,  almost 20 years later. That is when he was introduced into the world of blankets, treats and joys of hunter/jumper lesson programs. Somehow that evolved into managing a 20 stall barn and playing barn dad for his young Eventer. Those eight years have served him well in the feed business. He was exposed to hundreds of horse owners with hundreds of ideas and opinions on horse care.

However, those experiences as a barn dad and stable manager are priceless. Living through the terror of your teenager running her first Training level cross-country course or the pleasure of listening to 20 horses slurping their Mash & Mix on a calm, 25 degree night can, in their own way, be rewarding milestones of accomplishments. Something to build upon!

Laura Brinson – National Sales Manager – Laura was first introduced to Cavalor when she was a local hunter/jumper professional in Charleston, SC.  At the time she had a barn of show horses and was trying to feed them as naturally as possible. She had tried many of the US commercial feeds and wasn’t happy with them. After months of mixing her own feed, she was introduced to Cavalor when a client’s horses came to the farm on the Strucomix Original. Laura took one look at the feed and knew she was going to be a convert. It had everything she wanted in a feed and it didn’t take her two hours a day to create all the horses’ meals. Fast forward five years later and she is now the National Sales Manager for Cavalor North America and her love for what Cavalor does as a company hasn’t changed one bit from the time she opened up her first bag of Cavalor.

Kelsey Sullivan – National Marketing Manager – Like many others, Kelsey grew up loving horses. Her background is in the hunter/jumper industry, but she has a love for all kinds of horses. After several years away from horses and working on the human side of the food industry, Kelsey joined Cavalor in January 2017. Since then she has worked with the sales team, stores, Champions, Ambassadors and with the teams internationally to market the Cavalor brand to consumers in North America. Kelsey has also seen the results of the feed first hand with the horses she owns as they’ve transitioned and blossomed into competitive sport horses. She’s passionate about horses and horse health and her favorite part about her job is seeing the incredible results over and over again with the customers Cavalor works with. 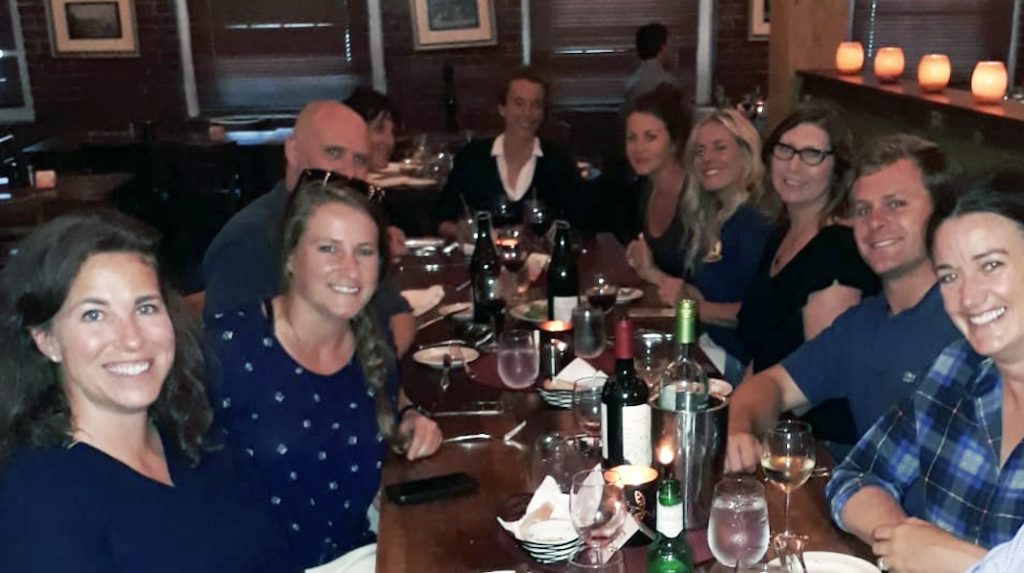 The Cavalor team at the 2018 National Sales Meeting

Suzanne Pruitt – Accountant – Suzanne has been the Accounting and Human Resource Manager at Cavalor since March of 2018. She graduated in June 2018 with a Master’s in Business and Finance and brings thirty years of accounting experience to Cavalor. She loves the challenges of her position(s) at Cavalor and the opportunity to bring in new ideas as the company grows. 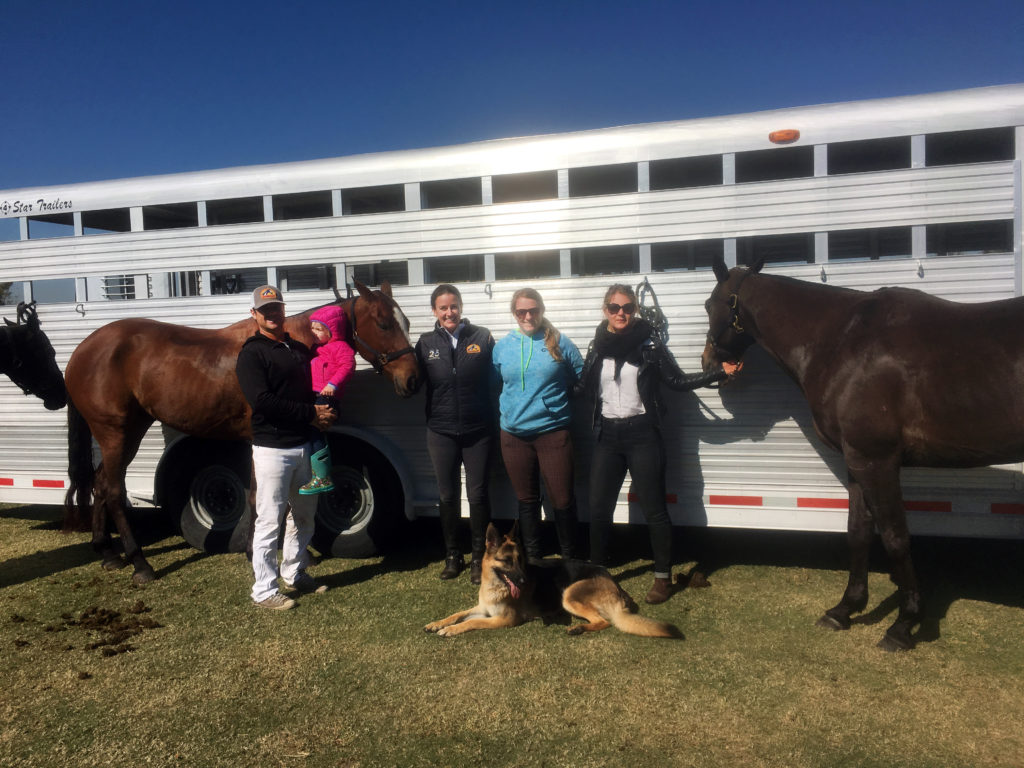 Libby Cifuni – Developing Territory Manager – Libby has been in the horse world her whole life. She is originally from the hunter/jumper world but then she married an American polo player. Together, they keep an average of 24 horses, which means not only does she work for Cavalor, but she has also been using the products herself for the past eight years. She loves her job and the challenge to help other horse owners see what Cavalor has to offer as a company. In her experience, the differences Cavalor products offer are truly amazing.

Paula Woodward – Northeast Territory Manager – Paula is an avid equestrian and has been working for many years in the equine industry and in retail management within the luxury market. She has been riding since she was a child and she has competed in hunter and equitation classes for many years. She has worked for some of the largest horse shows and expos in the US, including HITS and Equine Affaire. She has enjoyed working with many well known competitors and world champions in multiple disciplines, as well as, the general public. 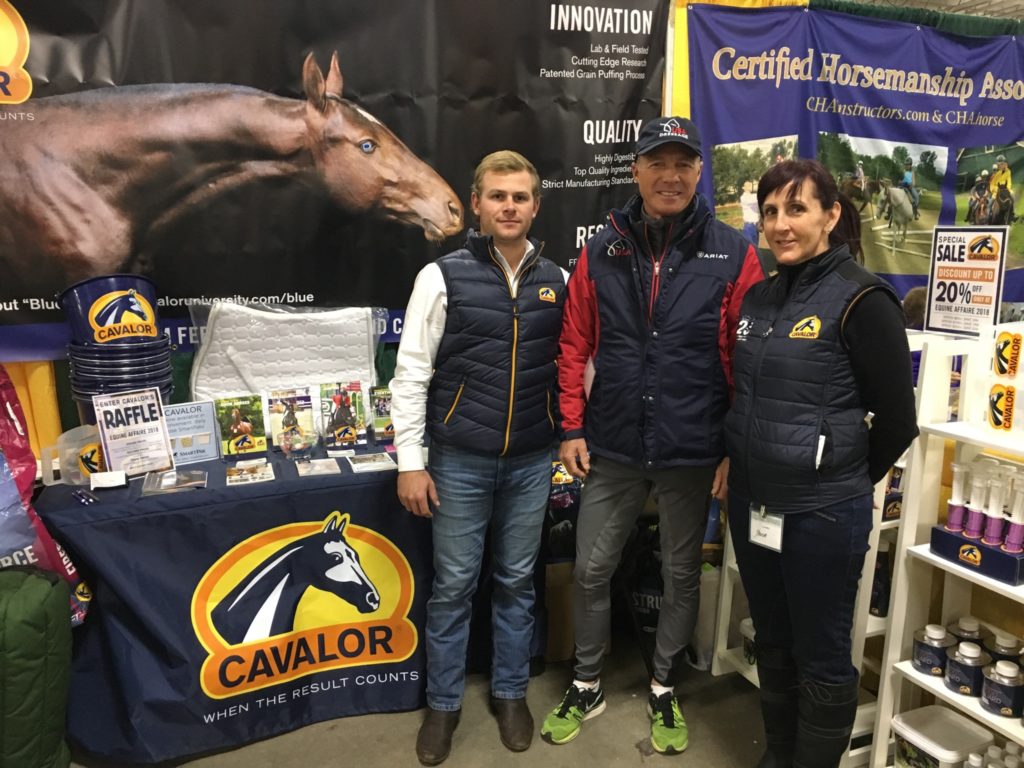 Andrew Richards – Mid Atlantic Territory Manager – Andrew Richards grew up in Fauquier County, VA and currently lives in Delaplane, VA with his coon hound, Blue. Andrew grew up working with horses and cattle on his family farm. He has competed in show jumping and also enjoys fox hunting and playing polo. Andrew joined Cavalor in July 2018, and in his free time he enjoys riding, hiking and playing tennis. He shares, “Working for a company like Cavalor is a great privilege. This career is important to me because I get to continue my education in the equine industry and I get to do my part to keep the horse culture alive!”

Marion Cremer – Florida Territory Manager – Marion Cremer, “Frenchie”, grew up in Paris, and has been living in the United States for the past six years. She has been with Cavalor for two years working as the Equine Performance Consultant following the high performance riders around North America. Her role was to assist riders in their nutrition programs. Marion comes from a family of horsemen, where they used to breed Selle Français horses in Normandy. She has a show jumping background and competed successfully through Grand Prix in France until she moved to the USA 6 years ago for an internship with Voltaire Design. She has recently moved into the Florida Territory Manager position where her knowledge of bridging barns and stores will be a huge strength. She loves helping all levels of riders learn about how high quality nutrition can influence the horse’s health and performance!

Caroline Loos, PhD – Dr. Caroline Loos was born and raised in Belgium and came to the US in 2010 for an internship at one of KY’s equine rehab facilities in completion of her post-bachelor’s degree. However, what was supposed to be a 6 month stay quickly became almost 9 years of living and working in Lexington, KY. In that time, she worked in the horse industry before returning to school to get her PhD in Equine Science and Nutrition at the University of Kentucky. Caroline has been collaborating with Cavalor since 2014 for scientific research and nutritional consulting throughout her doctoral studies. After graduating last May 2018, Dr. Loos accepted a Post-Doctoral Scholar position at the University of Kentucky and continues to work very closely with Cavalor, providing nutritional advice and taking leadership in developing and conducting scientific research projects.

Scott Holland – Southeast Territory Manager – Scott lives in Asheville, NC with his wife and a variety of animals. He is an avid horse and animal lover who has spent his entire career in sales. In his last position, he was a top sales person for another feed producer and then moved into Regional Manager where he had continued success. Scott has been around horses, and other farm animals since an early age where he spent summers on his grandfather’s farm, learning to care for all of them.

Heath Woods – California Territory Manager – Heath is a life-long horse owner that grew up on and around ranches mostly in New Mexico and Colorado. He graduated from New Mexico State University with a degree in Agriculture (Agronomy) focusing primarily on forage crops. Prior to joining Cavalor, Heath spent over 15 years in territory sales, primarily in the pharmaceutical industry. Heath and his wife relocated to California from Decatur, TX during the summer of 2019. Their blended family consists of two boys and three girls. In addition to being a lifelong horse person, Heath competed in Professional Rodeo for 12 years and was sponsored by Texaco the last few years of his career. When he and his wife aren’t spending time with their horses, they love to snowboard, dance, and spend time near a lake or an ocean. 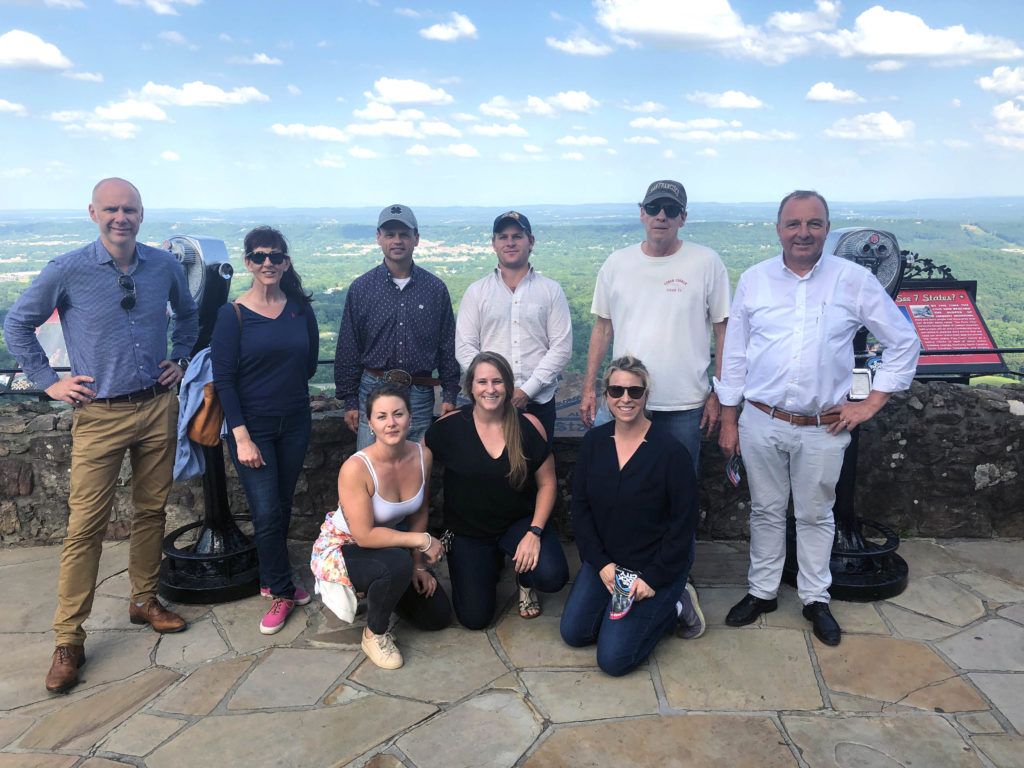 By Kelsey Sullivan|February 27th, 2019|News|Comments Off on Meet the Cavalor team