MD Grace E (aka “Gracie”) is a 23-year-old APHA mare owned and loved by Laura Mahoney.
Laura and Gracie’s relationship spans almost 20 years! Laura bought Gracie in September 2001 as a green, broke 4-year-old. “Gracie was sold to me as a trail horse,” says Laura, “her breeder and the trainer her breeder had hired, didn’t think she was show quality. They were wrong.” 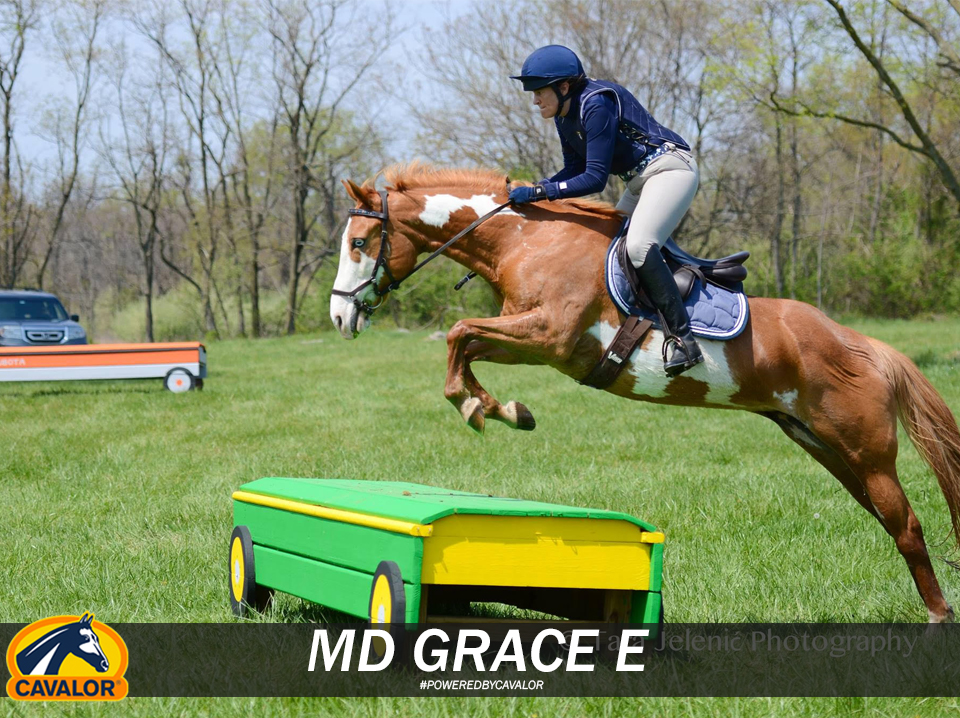 Gracie is a bull headed chestnut mare, but once you’ve earned her trust, she’ll try anything. “In our nearly 19 years together,” comments Laura “we’ve done a bit of everything. Gracie loves trail riding, but has also herded cows, competed in hunter paces, fox hunted, galloped on the beach, driven, and we competed for many years in dressage, jumpers and eventing.” Talk about a well-versed Cavalor Competitor who is up for every adventure!
What makes Gracie special, besides her willingness to try just about anything, is that she’s had several “career ending” injuries, but keeps going thanks to her excellent vets and caretakers. She is Laura’s miracle mare. Laura feeds Gracie Cavalor’s Action Mix, formulated for horses at any level of work.  She may be a senior now at 23 y/o, but Action Mix keeps her going strong. Laura also uses Cavalor’s FreeBute paste to keep Gracie comfortable during periods of intense work. Gracie is retired from competition now, but still enjoys regular trail riding and being a Lead Line mount.
By JORDAN HILLIER|June 26th, 2020|Friday Spotlight, News|Comments Off on This Rocking APHA Mare Keeps Her Life Full of Action with Owner Laura